Disclaimer: This combo is a beast!

If you follow me on Instagram, you may have seen in my stories a while back that I had a little incident involving salt water.

Long story short, the lock on my old ball head gave way, dropping the mounted Canon and brand new Tokina 11-16 2.8 into the deep salt water filled rock formations below! It was the loudest splash I’d ever heard.

Fast forward 4 weeks, I’ve now replaced the old set-up with a Sirui W-2204 tripod and Sirui K-30x ball head. A little on the expensive side, but well worth the money and a much stronger option compared to the lighter kit I was using.

Here’s a look at my experience with them, broken down into two parts; the tripod itself, and then the ball head.

When I first dropped by my local camera store to have a look at this model in person, I was pretty impressed with how it felt, looked and, more importantly, functioned. It seemed like a pretty easy choice considering that the other two tripods which felt very similar, a 3 Legged Thing and Gitzo, were almost twice the price anyway.

After getting it home and giving it a proper workout, I was still really impressed and, so far, it’s been an absolute delight to use. The extra little features like interchangeable rubber and spiked feet, monopod conversion, tripod strap and cold weather grips really set it apart from some of the cheaper and comparably priced options available.

To start off with, this thing definitely does not shout “travel”! It’s rather large and bulky, even when fully folded.

It measures in at a maximum height of 1.8m with the centre column extended which, at least for me, would require the use of a stool to get the viewfinder at eye level. In other words, there are no real height limitations.

It’s folded length sits at around 53cm which allows it to fit perfectly into the provided padded carry case. At that size, it’s highly unlikely that it’ll fit into the purpose designed tripod holder on your existing bag or backpack.

Weight wise, it’s not too bad at 1.7kgs, although that is going to feel a lot heavier when your lugging it up a mountainside or have it hanging from your shoulder all day.

Additionally, it has a load capacity of about 18kgs which should be more than sufficient for most photographers.

No, not water resistant! Waterproof.

This is by far one of it’s best features and one of the primary reasons I ended up choosing it. A lot of the locations I shoot at, predominately around Sydney’s foreshore, have some form of water body and, more often than not, it’s salt water. The waterproof design not only protects it against water but also helps to prevent sand, dust and salt from entering the leg tubes; a big positive for seascapers.

Unlike a lot of other tripods out there at the moment, the W-2204, and all of the Sirui range as far as I’m aware, make use of a twist lock mechanism on the leg tubes.

I personally prefer twist locks over clip locks, and the team at Sirui have done a great job in the way they’ve integrated them. Rather than engaging when the grips have been completely tightened, the lock actually comes into play after you’ve tightened them to about 90%. At this point the friction changes which signals the engagement of the lock.

Although it’s minor, this is a great safety feature. I’ve used twist lock tripods in the past where I’ll think I’ve tightened it all the way, only to set it down and have it fall over as one of the tubes retract. I’ve yet to have that happen with the W-2204.

Standard rubber feet or stainless-steel spiked feet; the choice is yours!

Packaged with the tripod are a set of stainless-steel feet that can replace the rubber feet when shooting on ice or unstable ground. Switching these out only takes a few seconds as the feet have been designed to simply twist on and off. Easy!

Now, I do know that a lot of people don’t really bother changing their tripod feet, especially since these Sirui rubber ones are very grippy as is. But, the spiked feet, aside from their obvious use, can also be really handy when you’re using a heavier than usual set-up, where they’ll help to prevent any creeping or sliding of the legs, especially when panning and filming.

Oh, and another cool benefit to using spiked feet? You’ve now got a weapon to fend off would-be camera thieves ?

Another cool little feature of this tripod is its ability to transform into a monopod.

One of the legs can easily be removed via a twist lock at the top and then connected directly to the centre column, turning it into a solid monopod. Although not a feature I specifically need, it’s still a pretty sweet addition.

Minor, but worth mentioning, is the inclusion of a little bubble level on the top of the legs. Considering that most heads include a bubble level, including the K-30X, it’s probably not all that much of a usable feature. I also find it to be just a little too small to be of any real use anyway.

Nonetheless, it’s still a great feature to have, particularly for scapers, and for those who don’t have access to a bubble level on their tripod heads.

If you’ve ever used a tripod in extremely cold temperatures, you’ll know just how much of a good thing these are.

Two of the legs, one of which being the monopod leg, have cold weather grips attached around the upper legs tubes. This makes it far easier and more comfortable to move, adjust and handle the tripod in colder weather.

Look, this is one solid tripod but…

I do have one tiny complaint!

The multi-angle leg locks, feel pretty cheap and almost flimsy compared to everything else. They don’t lock/fall into place properly without having to give them a second nudge which, although purposely designed to function like that, is just a little disappointing for such a cool tripod, in my opinion.

Just to be clear, I’m not talking about the twist leg locks here. I’m referring to the blue clips that can be found at the top of each leg which are designed to allow for the adjustment of the leg positions.

Aside from that, everything is rosy.

The tripod is really solid, it looks really good and it does exactly what it’s designed to do. If you’re looking for a larger tripod or something that’s going to be safe to use around water, the W-2204 is definitely worth a look.

Use the following promo code during checkout at Sirui Australia – JYESIRUI5

It’s heavier than I thought it would be!

That was my first thought as I looked down at the beautiful piece of equipment in my hand.

Most of the tripod heads I’ve used in the past have been smaller in size and have had a much smaller load capacity, making them far lighter. It definitely doesn’t weigh a tonne, but at 0.5kg with a 44mm ball, the K30X is definitely on the mid to heavier side of the ball head spectrum.

But, with more weight comes a much higher load capacity! This thing can handle up to a crazy 30kgs mounted on it, which, obviously, far exceeds the load capacity of the tripod itself. The average photographer probably wouldn’t even come close this weight.

This particular head is CNC-machined from the same grade of aluminium alloy that you’ll find on a standard aircraft. Additionally, to maintain durability and a sleek finish via a protective coat, the head is also anodized with an oxidation treatment.

In the hand it just feels like a real quality product.

The K30X features an Arca-swiss compatible plate mount which makes it compatible with most other quick release plates on the market.

As with most quick release plates, you’ll find some standard rubber grips on top of the plate to prevent any slide while the camera is being mounted. Additionally, the T-Screw can slide back and forth, making it easy to adjust the camera position, while the D-Ring is well placed and large enough to grip for ease of use.

Now, here’s the real kicker with this plate… It has an added side hole and bar to attach a wrist strap! That’s kind of cool, and not something I’ve seen on a QR plate before.

It’s also worth noting that it does also have an emergency release pin, the red button on the end of the plate, to prevent an accidental release of the camera.

We now have a total of three bubble levels, counting the small level on the tripod legs and the two that are included on this head.

Really, Sirui have made it almost impossible not to have perfectly levelled horizon lines… just don’t use my images to confirm this!

The ball movement on this thing is smooth.. Super smooth! Of all the ball heads I’ve used, this one is the smoothest! It just glides around it’s mount without any real lag or stickiness at any level of friction, making it a breeze to position and compose an image. As you’d expect, the amount of friction can be adjusted. This is done via the friction control screw located on the ball locking knob, which you’ll need a screwdriver, nail, key or small flat object to adjust.

The ball lock itself is rather large with a rubber grip making it easy to loosen and tighten. I much prefer this over the latch type locks that can be found on a range of other ball heads. The ball mount also has a cut out on one side, allowing for both horizontal and vertical compositions.

Additionally, the head also has a separate pan control knob, a welcome feature. This allows you to pan the entire head without adjusting the ball which has been great for capturing small pieces of film in between shots. It also features markings to indicate pan orientation.

In terms of ball creep or movement after locking, I haven’t really noticed any, the lock appears to hold extremely well in most cases. The only time I’ve seen the head drop slightly, and it’s almost unnoticeable, has been when I have had my Tamron 70-200 2.8 mounted directly to the quick release plate, via the collar, and attached to a Canon 800D.

This is definitely one ball head to get excited about!

It looks good, it feels good and it functions extremely well. Everything is so smooth, from adjusting the ball position to releasing the QR plate.

But, there is a but!

Unlike the tripod, this ball head isn’t waterproof. Now, that’s not such a huge issue since the head shouldn’t really be in a situation where it’s submerged in water anyway. However, since it’s one of the prime options to match the W-2204, which is obviously aimed towards seascapers, it would make sense for the head to be waterproof as well, if not for the protection against salt at the very least. In saying that, if you look after your gear and give it a good clean and dry, it likely doesn’t matter either way.

Aside from that, I’ve got no other complaints. It’s a really well made head, and I’d definitely recommend, particularly if you also pick up the W-2204.

Use the following promo code during checkout at Sirui Australia – JYESIRUI5

Making The Move To An iPad Centric Workflow – Part 2: Before & After Examples 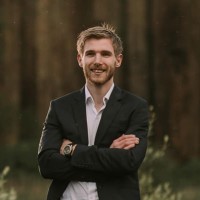 Stay Up To Date

Subscribe to my newsletter to have new stories, tutorials and helpful resources delivered to your inbox.